On Saturday 13th September The Regency Dance Centre and the Kevin Allcott School of Dancing presented the "Regency Trophy Challenge" which was accompanied with a 3- course dinner and live music from the Ashby Big Band. Our photographer over the night was Sian Hampton who took some excellent photographs. Please visit her website by clicking here.

Both schools presented teams of 4 couples, each hoping to lift the Trophy at the end of the night.

The night commenced at 6:30pm and our guests were treated to a superb 3-course dinner. Our feedback was that the food was delicious and the portions were just the right size.

At 8:15pm the Ashby Big Band took to the stage. It is always a pleasure to have this band play and they are so entertaining.  The music was played at just the right speed for each of the dances as they provided a generous mix of Ballroom and Latin-American dances over the night. 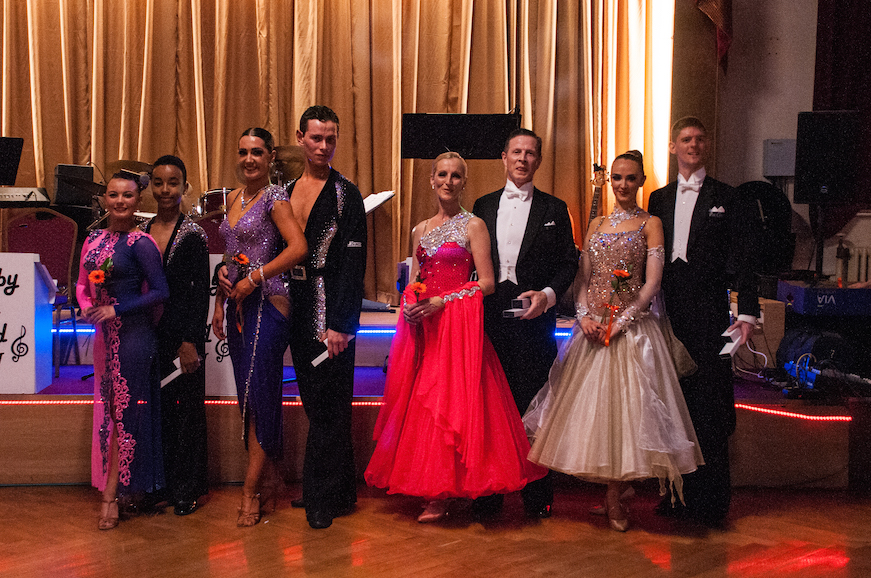 At 9pm it was time for our fantastic cabaret, a team match competition, featuring two teams of 4 couples per team. The competition was judged by former British Champion Dawn Westwood and we were very honoured and privileged to have her expert opinion. 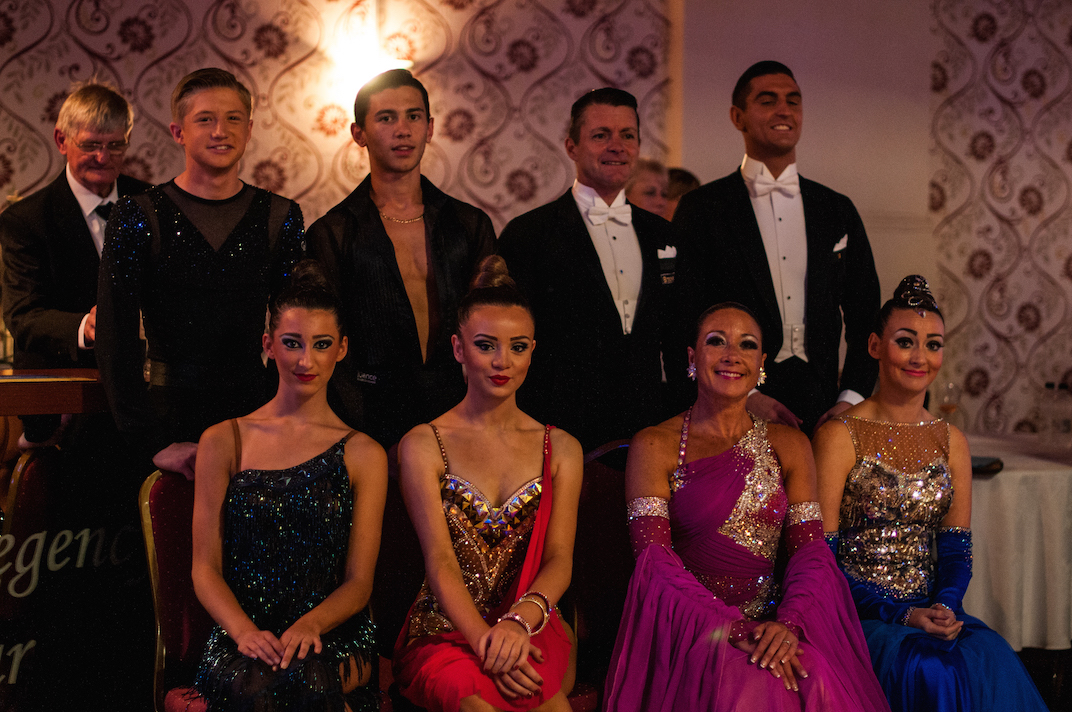 The battle was close and at the halfway point, the scores were in favour of the Allcott Team. The crowd got behind our couples and after four more dances, the final result was announced as 50-48 to....The Regency Team!

Over the night, we asked our guests to vote for their favourite couple.  Again this was very close, however the prize was awarded to youth couple Harry and Heather.

Overall we were very pleased with how the night went and look forward to repeating this next year and hope to make it even better than before!
Read 8266 times Last modified on Thursday, 08 April 2021 15:59